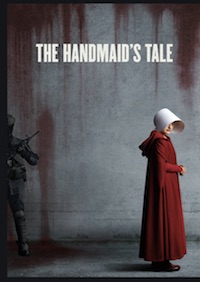 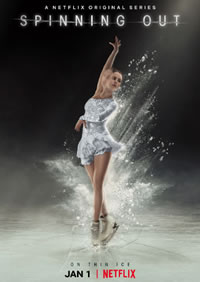 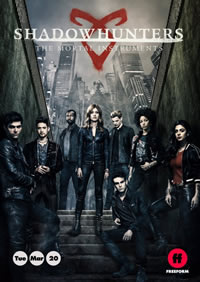 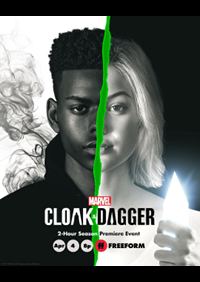 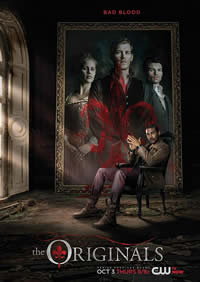 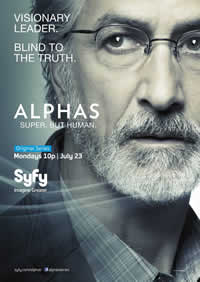 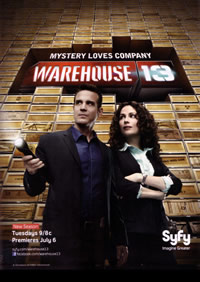 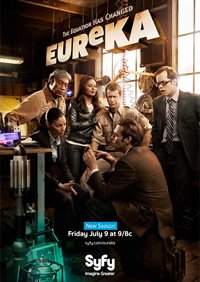 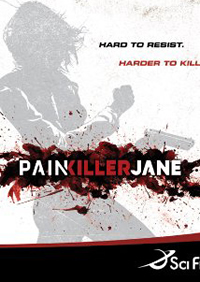 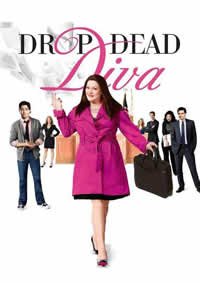 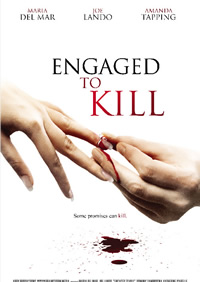 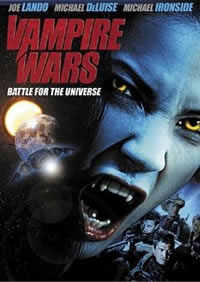 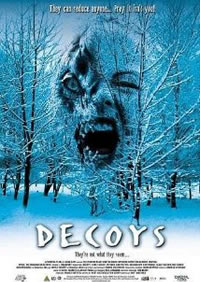 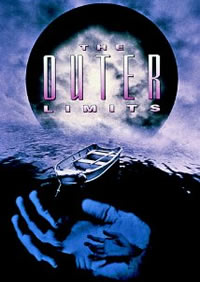 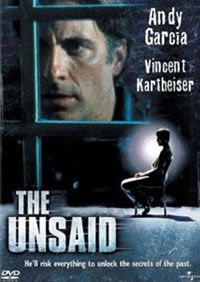 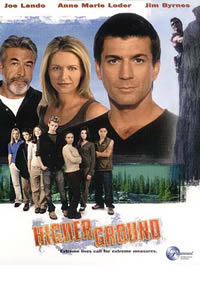 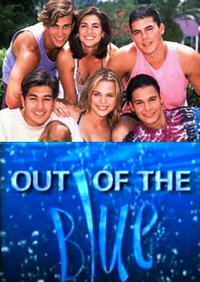 Out of the Blue
Creator | Writer
22 episodes 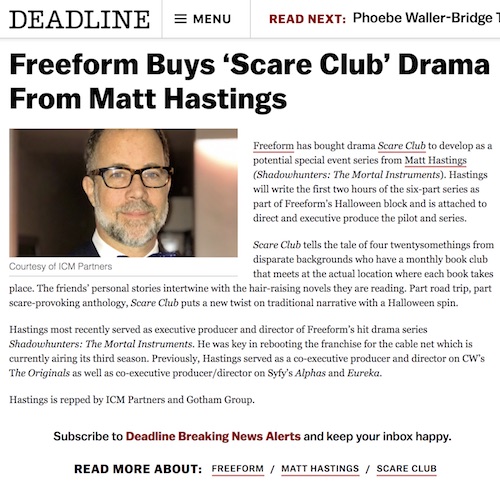 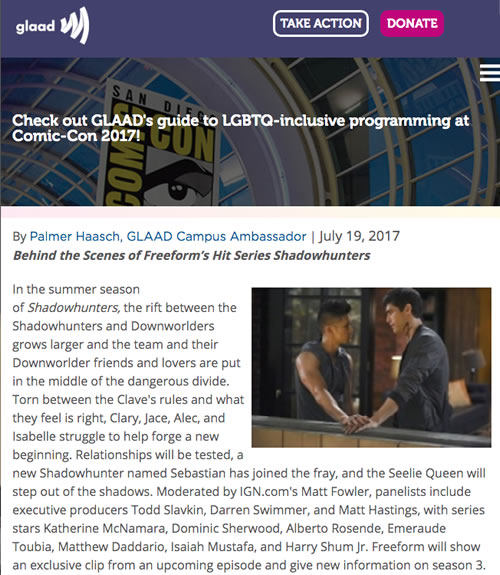 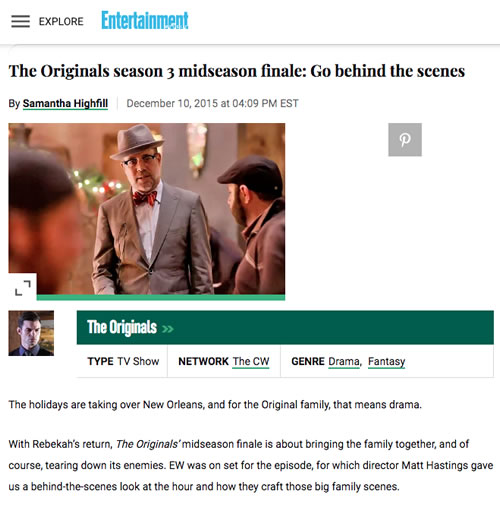 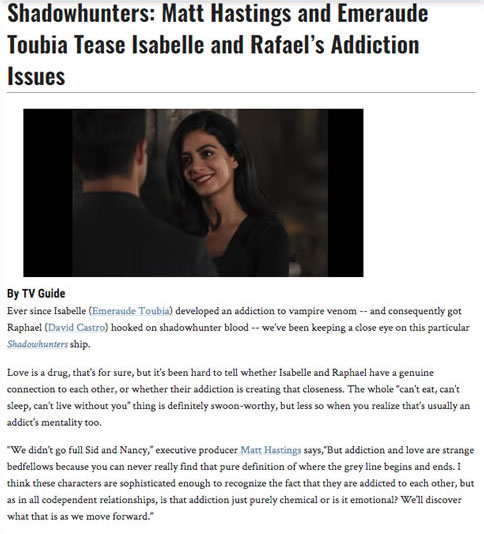 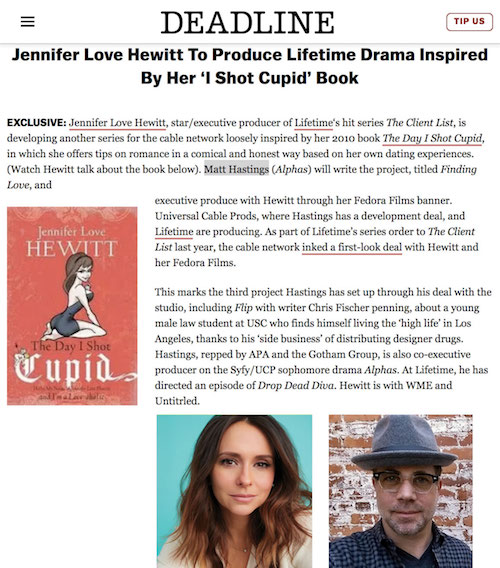 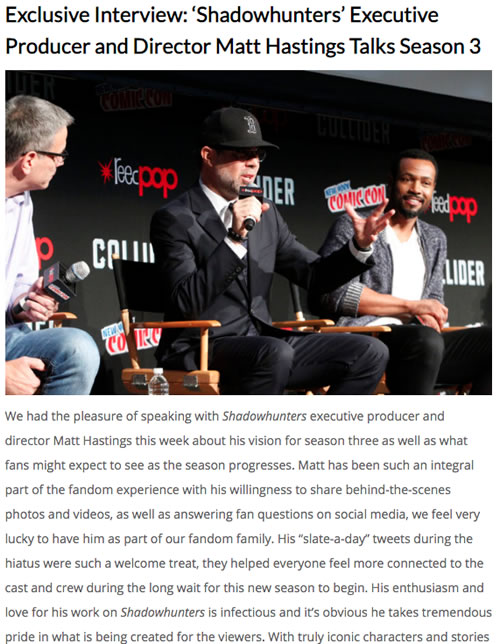 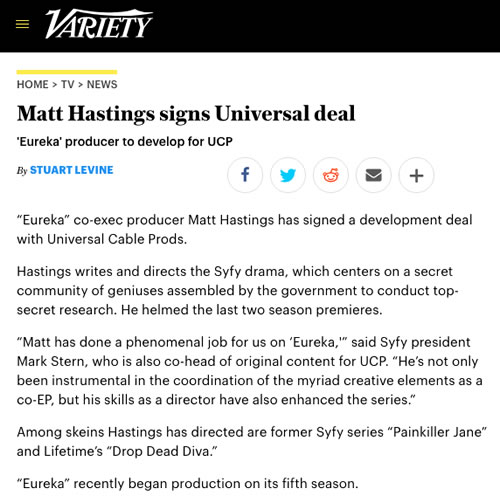 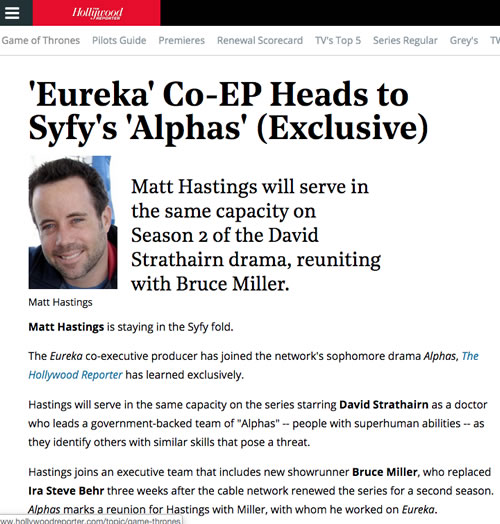 Prior to this series, Matt was brought on to re-boot and re-imagine SHADOWHUNTERS for FreeForm and Netflix (based on the NYT Best Selling Book Series). The 42 episodes were successful for the network and continue to win multiple awards such as a PEOPLE'S CHOICE award, multiple TEEN CHOICE awards and GLAAD awards. According to Forbes Magazine, it was also the number 3 "most social" TV series of 2018. Along with his Executive Producing duties, Hastings directed 10 episodes in both Toronto and Paris.

Prior to this series, Matt completed 66 episodes as Co-Executive Producer/Director of The CW's hit series THE ORIGINALS where he directed 10 episodes. THE ORIGINALS was on the heels of 13 episodes of SyFy's ALPHAS (Starring Academy Award Nominee David Strathairn) where Matt was Co-EP and Writer. He directed a number of episodes including Season 2 premiere & season 2 finale.

This job follows a four-year stint as Writer/Director/Co-Executive Producer on the hit TV series EUREKA, where Matt came to this unique small town fresh from similar duty on Sy-Fy's PAINKILLER which was shot in Vancouver and Budapest.

Prior to that series, he Created, Executive Produced and Directed the acclaimed Lionsgate television series HIGHER GROUND, which starred Hayden Christensen (Star Wars, Shattered Glass), AJ Cook (Criminal Minds) Jewel Staite (Serenity) and Meghan Ory (Once Upon a Time). Hastings wrote and directed a number of the 22 episodes, as well as co-wrote the theme song.

Additionally, Hastings was the creator of the first-run dramedy series, OUT OF THE BLUE, starring an entire cast of bi-lingual actors who did alternate takes in English and Spanish for international distribution.

In addition to TV series, Hastings has done a number of feature length films including THE UNSAID (Starring Andy Garcia), DECOYS, ENGAGED TO KILL an BLOODSUCKERS.

Matt has a number of projects in active development that he is attached to Executive Produce/Write and/or Direct including SCARE CLUB and SPYGIRL for FreeForm, FRANCES STONE for eOne, SPACEBOY for DarkHorse and a reboot of THE BIG EASY.

Born in New York and raised in New England, Hastings is dual citizen of US/Canada and spends time in Toronto, Los Angeles and Paris with his screenwriter wife Tina, their son Grayson and daughter Cricket June.